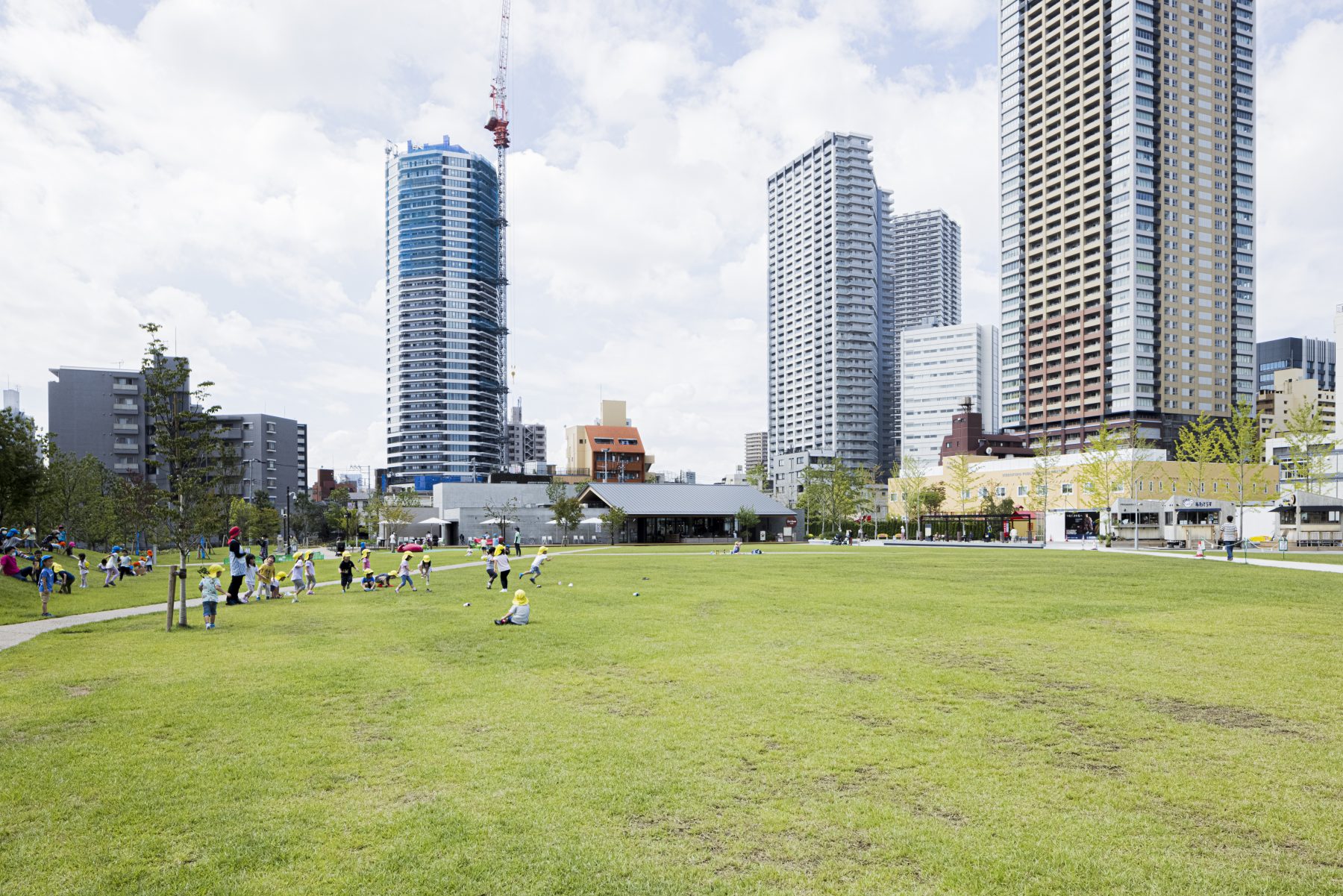 The park was originally the site of the Japan Mint, a factory where money, specifically coins, were made. However, the space occupied a large space in the city centre, and so in 1984, members of the Federation of Town Councils began planting the initiatory seeds of the park in order to make it more relevant to people’s daily lives. After collecting over 100,000 signatures and sending a request to the then Minister of Finance, a new lease of life was established in the area, which was transformed into a park in 2020 after more than 40 years.

Ike Sun Park is not just a plaza and park, but a place where people can enjoy a variety of activities related to the themes of: “CIRCULARITY: creating a cycle starting from the park”, “COMMUNITY: creating a community where people can enjoy diversity” and “START UP: supporting small businesses and new challenges”. The goal is to create a new type of park that fosters a better connection with the locals that live there.

The park also functions as a disaster prevention park, with white oak trees that prevent fires from spreading, a stockpile warehouse, a deep well for firefighting water and emergency toilets, all intermingled with cherry and ginkgo trees that add color to each season. Immediately after a disaster occurs, it will serve as a temporary evacuation site, and later on as a heliport and supply depot for disaster prevention activities not only in the area but also in Toshima Ward as a whole.

It is important that we all work together to tackle major disasters, but also threats such as viruses. This park lives to help foster that cooperation.